NServiceBus on .NET Core - It's time

Update: NServiceBus 7 for .NET Core has been released.

During Build 2017, Microsoft released .NET Core 2.0 Preview 1. While we previously determined it was too early to seriously consider adopting .NET Core, with this release we now believe that the current platform can support a comprehensive, reliable, and production-ready version of NServiceBus. As a result, we are happy to say… 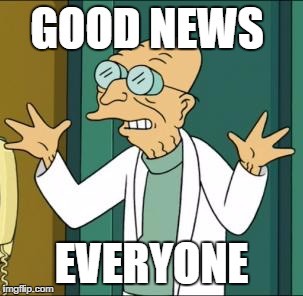 NServiceBus 7 will support .NET Core 2.0 running on any of the supported platforms. This initial release will include .NET Core compatible versions of the RabbitMQ transport and SQL persistence. We’re not going to stop there, though. Over time, more NServiceBus packages will get .NET Core support.

Since we depend on the release of .NET Core 2.0, we can’t provide a release date for NServiceBus 7 just yet. .NET Core 2.0 is currently expected to be released in Q3 2017, and we expect to release NServiceBus 7 shortly after that has happened.

Keen observers will already have noticed that we have made some changes to the NServiceBus 6 codebase to better align us with the goal of supporting .NET Core 2.0. For example, Encryption and Windows Performance Counters have been moved into dedicated repositories and NuGet packages. More changes are still required before we can fully compile against .NET Core, and those efforts are already underway.

For those of you who do not have plans to move your systems to .NET Core, we are not abandoning you. Future versions of NServiceBus will continue to run on the .NET Framework as well as running on .NET Core.