Written by Daniel Marbach on

The NServiceBus messaging pipeline strives to achieve the right balance of flexibility, maintainability, and wicked fast…ummm…ability. It needs to be wicked fast because it is executed at scale. For our purposes, “at scale” means that throughout the lifetime of an NServiceBus endpoint, the message pipeline will be executed hundreds, even thousands of times per second under high load scenarios.

Previously, we were able to achieve 10X faster pipeline execution and a 94% reduction in Gen 0 garbage creation by building expression trees at startup and then dynamically compiling them. One of the key learnings of those expression tree adventures is that reducing Gen 0 allocation makes a big difference. The less Gen 0 allocation used, the more speed can be squeezed out of the message handling pipeline, which ultimately means more speed for our users.

A common, but overlooked source of allocations is closure allocations. Originally, our message pipeline had, to use the scientific term, a gazillion of them. By getting rid of the major source of closure allocations in the pipeline, we’ve managed to get another five-fold increase in pipeline execution performance, as well as the complete removal of closure-related Gen 0 garbage creation. In this post, we’ll recap what closures look like, explain how they can be avoided, and show the tricks we’ve applied to the NServiceBus pipeline to get rid of them.

🔗Closures lurking beneath the surface

Closure allocations can be hard to spot. Before the introduction of the Heap Allocation Viewer for Jetbrains Rider or Clr Heap Allocation Analyzer for Visual Studio you’d have to either decompile the code or attach a memory profiler and watch out for various *__DisplayClass*, Action* or Func* allocations.

Closures can occur anywhere we have lambdas (i.e. Action or Func delegates) being invoked that access state that exists outside the lambda. Here’s an example:

Here is the decompiled code for this snippet:

All that just to print a number to the console. And keep in mind, closure allocations might not only be in your code; they can also occur when you use .NET classes like the ConcurrentDictionary.GetOrAdd.

It’s possible to get rid of the closure and thus remove the extra display class and delegate allocation. Starting with .NET 5, we can mark the lambda as static with C# 9. In this way, the compiler will allow only state that is static or available inside the lambda to be accessed; otherwise, it will display an error.

In the simple example, when the state is just a fixed number, the variable can be marked as a constant to get rid of the CS8820 compiler error.

Yet in reality, code is rarely that simple. What if the number comes from actual user input or is generated with random.Next()? When the input is not static the state must be passed into the lambda somehow. By changing the lambda from Action to Action<object> the lambda will accept a state object that can be passed from MyFunction into the action delegate.

While this gets rid of the display class and the function allocation, unfortunately, the usage of object forces the compiler to emit a box statement. That is, the compiler will box the integer to an object which causes an unnecessary allocation to occur. Whenever possible, the state-based overloads should use generics instead.

By ensuring the delegates have all their state available inside the closure and by using C# 9 static lambda support, we no longer allocate unintentionally.

Let’s see how we can apply this to the NServiceBus pipeline.

🔗The state captured in the pipeline

At its core, the NServiceBus pipeline is just a series of delegates of the shape Task Invoke(TInContext context, Func<TOutContext, Task> next) that get chained together to build the pipeline. By design, the state that is required for the execution of the pipeline is passed into the invocation as TInContext and passed out of the invocation into the next part of the pipeline as TOutContext. For example, the incoming context captures information of the received message (such as the headers), as well as the child service provider that resolves dependencies scoped to the execution of the pipeline, and more. Since the context object captures all the important states, there shouldn’t be any closure allocations happening. Let’s verify that by looking at a simple pipeline.

The context is nicely flowing from one execution to the other. However, the lambda needs to access the behavior instance, so that it can call the Invoke method. If we mark these lambdas as static as shown before, we immediately get the familiar CS8820 compiler error.

🔗Make the behaviors part of the pipeline state

That’s it! No more closure allocations. With this simple change, we’ve seen 5 times more throughput in the raw pipeline execution benchmarks and all allocations that previously occurred due to closures are gone.

Closure allocations can occur in various places whenever there are delegates involved that are accessing state outside the closure (or the curly braces) of the lambda. By removing closure allocations on code that is executed at scale thousands of times per second, it is possible to achieve significant gains in terms of throughput. Since the NServiceBus pipeline is such a core part of our framework, it has to be solid and fast. So we continue to make small but impactful performance improvements to NServiceBus. Hopefully this deeper understand of closure allocations can improve your own code as well.

If you are interested in hearing more technical details about other improvements, leave a comment here or reach out to me and I’ll tell you how we managed to get another 11-23% throughput improvement in the NServiceBus pipeline execution, or how we got rid of all allocations from the saga persistence deterministic ID creation. Until then, stay safe and allocation free. 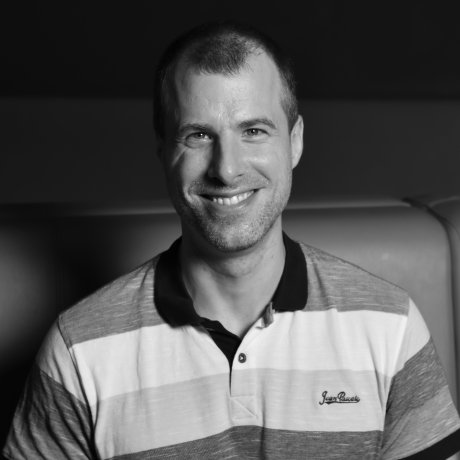 Daniel is a software engineer at Particular Software that sometimes wakes up in the middle of the night with ideas to optimize code that he wrote and that he thought impossible to optimize even further.